How do our partners see the role we want to play: are we the driving force for change? Are we making the contribution that we envision in this regard? Are we helping to change the health system and the processes in that system, and what does all this do at the societal level?

It is these questions that we have commissioned a survey of our relationship: the projects and participations in which we are or have been involved. A research company prepared a questionnaire that was sent to all our relations (projects, participations and interlocutors).

A total of 38 respondents completed the questionnaire, resulting in a response rate of 39.2%. With this response rate and a chosen (standard) confidence level of 95%, the margin of error for this study is 12.5%1. This means that if, for example, 50% of the participants indicate that they are satisfied with the role of Noaber, the actual percentage of the total population is between 37.5% and 62.5%.

Noaber is generally referred to as involved, ambitious and innovative. Associations such as 'nice people', 'impact' and 'collaboration' are also mentioned. The vast majority of respondents are (very) satisfied with the sector knowledge, involvement and reliability of Noaber. The least satisfied respondents are about the support in obtaining further (structural) funding (50% (very) satisfied).

58% of respondents therefore indicated that the role of financier contributed most to achieving the result of the collaboration. In the start-up phase of projects, respondents see connecting and advisory roles in addition to the funder role. In the implementation phase, the advisory role is most visible. Finally, in the closing phase, respondents mainly see the role of knowledge sharing.

Finally, respondents give Noaber an average of 8.1 on a scale of 0-10. The lowest mark given is a five, the highest a ten.

Substantive changes in the health system
More than half of the respondents indicated that the collaboration with Noaber contributed to the development of a product/service and the creation of a market for it, the development of the organization size and the positioning in the field. Almost three-quarters of the respondents indicated that the collaboration did not result in the introduction of regulations based on or as a result of the initiative. 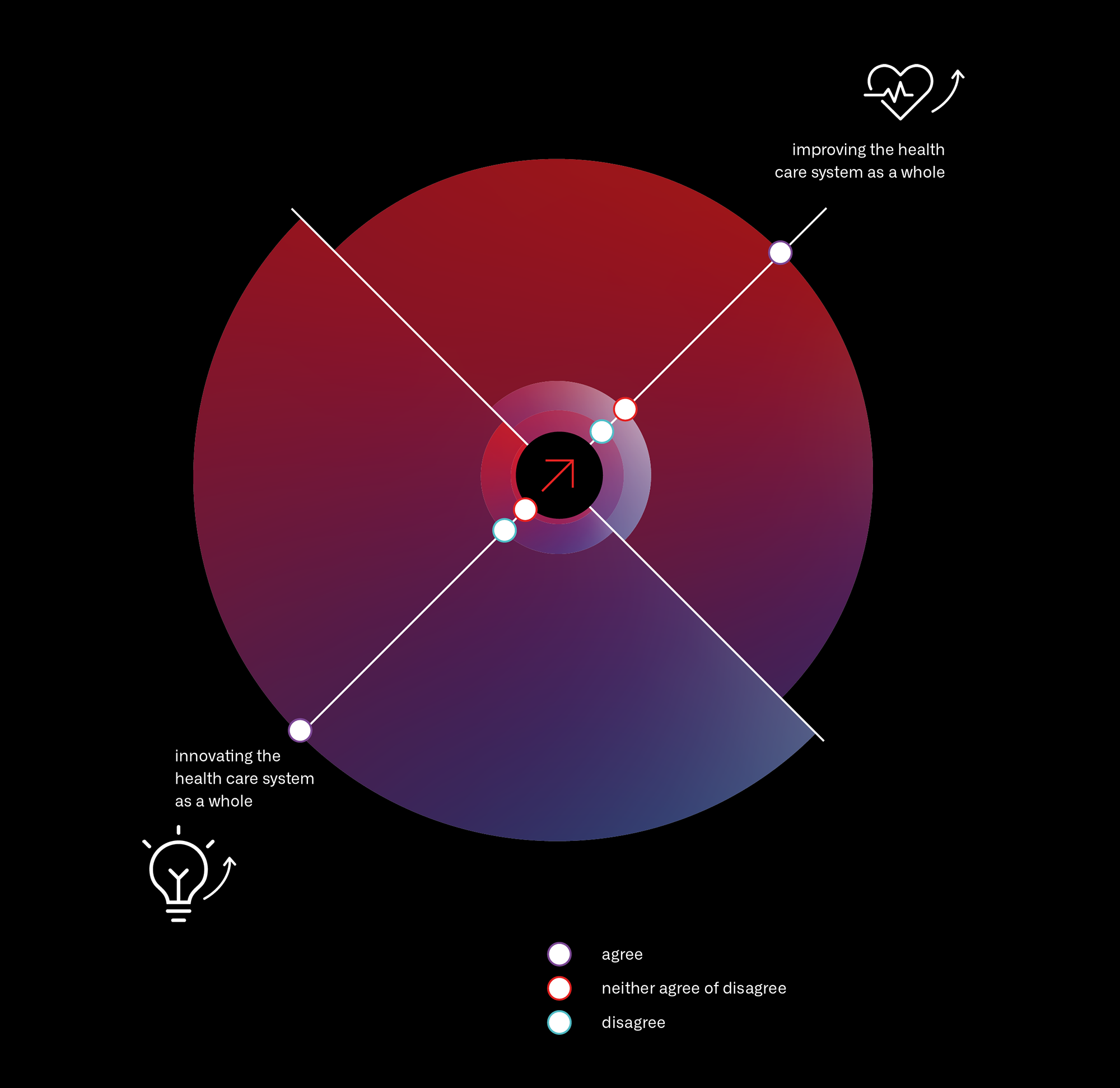 Health system process changes
Almost three quarters of the respondents mention that the cooperation with Noaber has contributed to (structurally) bringing partners together in, for example, a consultation structure. Also, according to more than half of the respondents, making collaborations and processes around health and care more efficient is a result of the cooperation with Noaber. 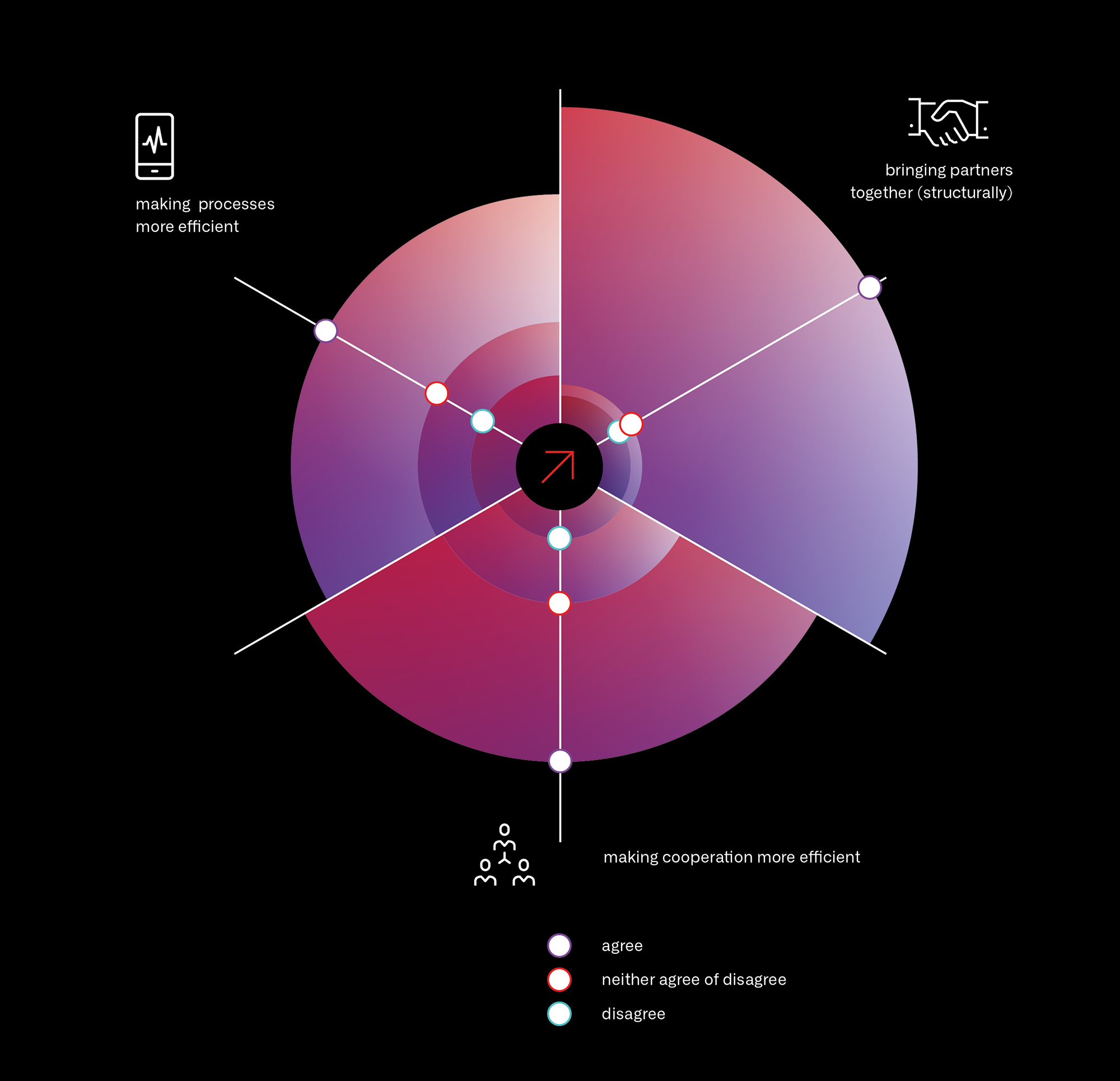 Societal changes in the health care system
By far the most respondents mention challenging others to look for innovations in the health care system, creating more social awareness around health and increasing social awareness about health as a consequence of working with Noaber. Slightly less than half of the respondents endorse that the collaboration has created a different way of thinking within their own organization. 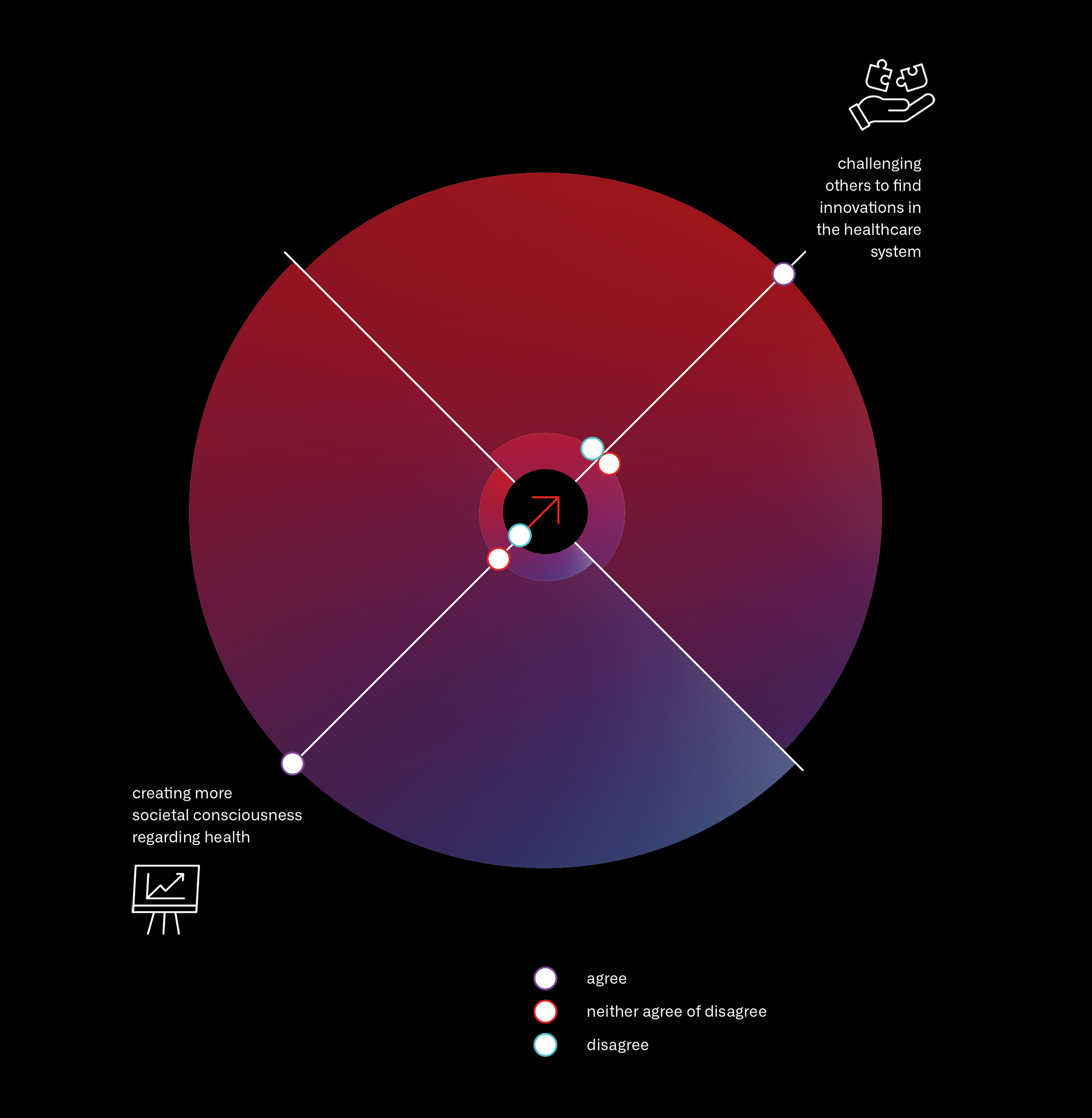